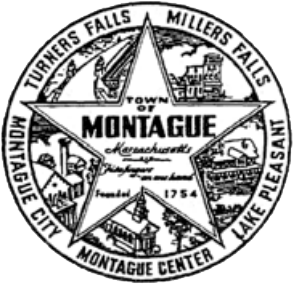 (Excerpted from Materials Developed for the October 10, 2018 Special Town Meeting)

The Big Picture – How did we get to this place?

Before explaining the basis for the amended budget request, it is important to share the context in which the original FY19 WPCF budget was developed. FY19 saw the end of the Southworth/Turners Falls Paper mill, as well as a final order from the MA DEP to discontinue Montague’s biosolids disposal process (often referred to as the “Montague process”). These two occurrences combined to impact WPCF revenues and expenses by over $1M, based on current revenue and disposal cost projections.

Southworth’s impacts were felt on two levels. First, they left the Town with unpaid sewer bills of $250,000 that exhausted reserves and caused the Town to rescind several planned expenditures at the 2017 Fall STM. Additionally, when a prospective sale of the firm to another manufacturer fell through in February 2018 any hope of promptly restoring those industrial sewer user revenues was lost. This is part of a larger trend in industrial sewer revenues, which declined gradually from a high of $644,422 in FY12 to $206,054 in FY18, despite significant rate increases in FY17 (see attached graph for details).

The end of Montague’s biosolids disposal process was actually a bigger blow. Through the PILOT test, which engaged experts from UMass and other institutions, DEP determined that the process as it had been run in the past was not replicable and that continuing it would present unacceptable environmental and permitting risks. Between FY12 and FY18 Montague benefited greatly from this unique process, which saw sludge (or the bacteria within it) essentially devouring itself. In FY16, Montague avoided nearly all sludge disposal costs (a low of $19,010) and brought in revenue of $483,854 by taking in other communities’ sludge.

The FY19 Budget - How did we respond and why are we back now?

The total additional appropriation requested is $379,148, of which all but $4,000 (Benefits) is found in the Wages & Expenses line, which includes staff salary and sludge (solid waste) disposal , among other expenses that are not affected by tonight’s proposal. (Many other expenses were already cut in FY18.)

A Mandated Increase in Staff Levels

The FY19 budget voted at the May 2018 ATM included a 26% reduction in WPCF regular wages. This dramatic reduction was from 7 to 5 FTE proposed in order to blunt the impact of the previously described challenges on our sewer user rates. The reduction was not proposed lightly and would have posed considerable challenges, but the WPCF began reducing staff last spring to meet the budget. Shortly after the ATM budget vote, DEP rejected the planned reduction and, based on a past task analysis provided to DEP by the Town, required an increase in staff to 8.6 FTE. They also required the Town hire its vacant Chief Operator position. The WPCF promptly submitted an updated task analysis and made an argument for our current staffing, as appears below, while also hiring a Chief Operator and bringing its workforce back to 7.0 FTE, which is the typical level of staffing for the Department. We are currently awaiting a ruling from DEP. The budget requested tonight allows for up to 8.0 staff.

The $150,000 projection for solid waste disposal costs proved to be overly optimistic. It was expected that the Town would quickly receive approval to recommence composting—which can reduce disposal costs—following application for a new permit in spring 2018. While cost avoidance through this technique was not something that could be precisely calculated, there was and still is an expectation that this can provide a substantial savings to the Town at some future point. Likewise, there was an expectation of decreased costs to be realized through reducing the volume of liquid in outgoing waste, but finding a reliable and nearby disposal site has proved challenging. Higher than expected levels of solids in our waste stream is also currently being examined.

At this point in the year, waste disposal costs have already consumed more than 50% of the existing budget and this adjustment to $400,000 is a necessary step. We remain optimistic that the rate of spending will be reduced as alterative disposal options come on line later this year.

In addition to development of a previously approved solar array to reduce energy costs for the WPCF, The Town is exploring options to improve operational efficiency through automation and to reduce disposal costs through development of a large-scale composting facility or a regional anaerobic sludge digester. Each of these could independently, or in combination, substantially reduce disposal costs, but both would also require time to design and build, and require capital investment. Analysis of the feasibility and economics of these and options is ongoing.